020 8266 1700
office@habsboys.org.uk
Share
Prep Young Musician of the Year 2020
23 Mar 2020
On Friday 6 March and Tuesday 10 March, 45 finalists took to the Seldon Hall platform to perform in the Junior, Senior Ensemble and Senior Solo categories of Prep Young Musician of the Year 2020.
We heard music from the early 1700s, pop songs in the current charts and everything in between: Handel, Nirvana, Mussorgsky, Bon Jovi, Miles Davis, Tchaikovsky – the list goes on. Whilst the levels of difficulty and challenges varied, one quality was consistent amongst all competitors: the dedication to performing at the very highest standard possible.
Thank you to all boys for creating an unforgettable couple of afternoons. Special appreciation to Mr Osmond, Director of Music, and Mr Ian Hope for their well-judged, informative and encouraging adjudication.

The winners in the Junior Category:

Prize for performance with most promise: Benjamin (Year 3, acoustic guitar)

The winners in the Senior Ensemble Category: 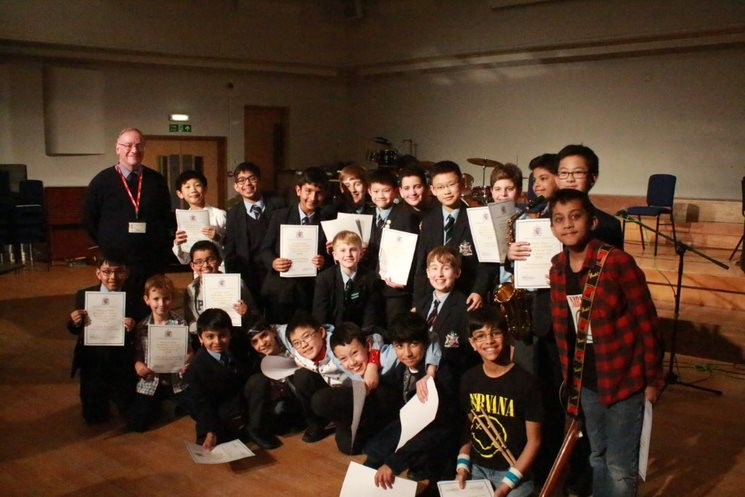 The winners in the Senior Solo Category:

Prize for performance with most promise: Rahul (Year 4, acoustic guitar)